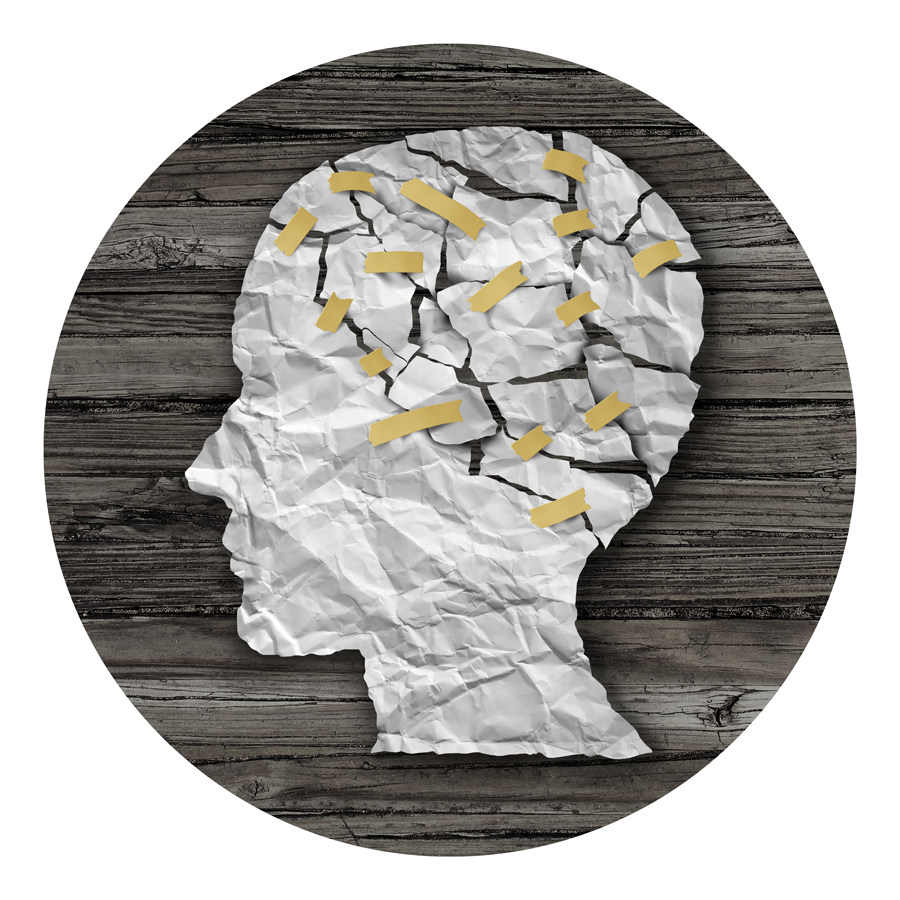 Self-harm is a commonly misunderstood psychological phenomenon. Some people believe that those who harm themselves are simply stupid because why else a person would do that. Others think that self-harm is only attention-seeking behaviour. Some even call it selfish. Traumatic events, especially those that happen when you are young, have the potential of disrupting your life in significant ways. One upsetting way that people cope with the emotions and memories is to self-harm. To many this kind of behaviour seems unimaginable. To those who have suffered extreme trauma, this behaviour can be a significant, albeit painful, coping strategy.

Recently through our EAP, the Electrical Industries Charity supported Neil, who suffers from severe mental health issues resulting from childhood trauma. Neil is a husband and father to a beautiful family. He spent some time in the army and now works as a warehouse operative for an Electrical Wholesaler.

Initially it was Neil’s workplace who referred him to the EIC in September 2018 for psychological support. The Electrical Industries Charity (EIC) understands how important a support network can be to someone who is struggling to deal with emotional trauma, and for this reason the Charity launched the Employee Assistance Programme (EAP). The Charity’s Programme ensures that employees and their immediate family members have a shoulder to lean on at the most difficult times, by offering them vital support services including counselling, legal advice and financial assistance and grants.

Neil has sadly been self-harming since he was 15 and his self-harming behaviour is triggered by childhood abuse, which he has never reported. Neil admitted he has been struggling emotionally - crying a lot and socially isolating himself and relayed to the EIC that he doesn't leave his room.

Neil also talked about his engagement with suicidal thinking and that he has previously attempted to take his life twice by overdose. After speaking with EIC in depth, Neil agreed to a psychiatric assessment as he felt if he didn’t get help, he would eventually take his own life.

Neil’s self-harming behaviour had become a lot worse and the injuries more severe. Last year Neil developed sepsis, this was managed with anti-biotics, and more recently Neil was admitted to hospital. This was a difficult time for Neil as his self-harming behaviour, which was once used as a method of psychological relief from trauma, now was posing a risk to his life.

Numerous letters were sent to Neil’s GP by the EIC to initiate support in the community (given the specialist support Neil required) and Neil was finally referred to the NHS psychology team for therapy intervention, of which he has been attending sessions ever since.

Neil’s self-harming has reduced after his hospital stay; however, he lives in a small house with a big family and is unable to quieten his thoughts with the surrounding noise which triggers Neil’s anxiety.

We understand this is a complex and difficult time for everyone. We are living in a time of great uncertainty and increasing worry about our health and livelihoods. We understand that the effect of COVID-19 on our industry and income will be great and we will all be affected. In times of darkness and insecurity we want to let our Industry members know, that we will be here to help, and we want to help Neil find respite.

In times of crisis, communities strengthen and work together to support each other. We are an industry in community.

If you or someone you know is struggling to deal with a life-changing trauma and requires support,
please contact the EIC support team: This email address is being protected from spambots. You need JavaScript enabled to view it. or 0800 652 1618.