Imagine waking up in the morning and not being able to remember what you did the day before or how to complete your daily tasks at work? This can be a confusing and a highly emotional experience. 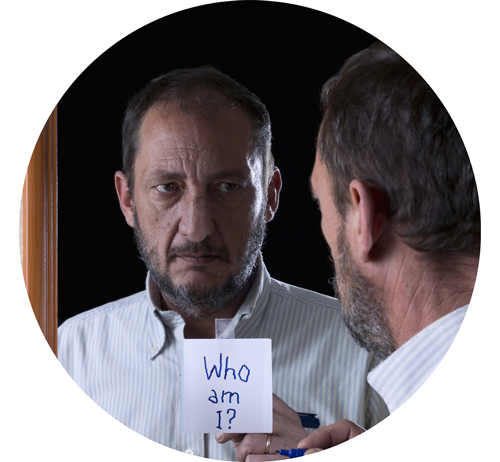 More than 520,000 people in the UK have dementia caused by Alzheimer’s disease and this figure is set to rise.

The word ‘dementia’ describes a set of symptoms that may include memory loss and difficulties with thinking, problem-solving or language. These changes are often small to start with, but for someone with dementia they become severe enough to affect daily life.

This was the case for Stuart, who first came in contact with the Electrical Industries Charity (EIC) in 2018. Stuart worked as an IT modelling engineer for a Nuclear Generation Company and it was his HR advisor who got in touch with the EIC in September 2018 following concern regarding Stuart’s wellbeing, with particular relation to his cognitive function.

The EIC got in touch with Stuart to see how he was feeling and establish if he had a perspective of his situation and changes in his everyday life. The charity assessed what initial support stuart might need and he had a brain scan in November, however the results were unfortunately inconclusive as to the prognosis.

The Electrical Industries Charity understands how important a support network can be to someone who is struggling to deal with a diagnosis that has life changing implications, and for this reason the Charity launched the Employee Assistance Programme (EAP). The Charity’s Programme ensures that employees and their immediate family members have a shoulder to lean on at the most difficult times, by offering them vital support services including counselling, legal advice and financial assistance and grants.

Alzheimer’s disease is the most common cause of dementia and is the cause of 60–70% of all cases diagnosed. Alzheimer’s is a progressive disease and is described as a chronic neurodegenerative disease that usually starts slowly and gradually worsens over time. Alzheimer’s is a complex condition which not only affects the individual, but the family system.

Stuarts condition was progressively deteriorating, he was becoming more confused and was struggling to retain his short-term memory. It was difficult for Stuart to understand his health circumstance, and he felt increasingly frustrated by his inability to complete what were previously routine daily tasks i.e. accessing his work computer and remembering his pin number.

When a family member is diagnosed with Alzheimer's disease or other dementia, the effect on your entire family can be overwhelming. The diagnosis can trigger a range of emotions — including anger, fear, frustration and sadness. There are also many decisions to make about treatment, care, living arrangements, finances and end-of-life care.

One important objective the EIC focused on with Stuart and his family was in supporting Stuart during the diagnostic phase to ensure he still maintained decision making capacity. It is often the case that individuals diagnosed with cognitive degenerative diseases have their autonomous decision making removed, as they are deemed as lacking capacity, however, the concept of mental capacity is fluid. It should not be assumed that just because someone has dementia, they are unable (lack capacity) to make their own decisions. People with dementia should be supported in making their own decisions about their care and day to day life for as long as possible.

Stuart required regular assessments to establish what decision’s he had the capacity to make and those he didn’t. The EIC used a specialised questionnaire to ask Stuart direct questions relating to his care. This was an important step as it was essential to Stuarts involvement in determining his own care plan.

The charity initiated the intervention of the social services and got the Alzheimer’s support group involved. The EIC also sought advice regarding financial circumstances on behalf of the family and maintained open communication between Stuart’s employer and his family, specifically his brother.

The EIC were integral in helping to provide Stuart and his family with emotional support and arranged for Stuart to attend weekly therapy sessions. The charity recently provided funding for Stuart to visit a brain clinic for further assessment and a diagnosis of Alzheimer’s was finally made. Stuart is now living with his ex-partner and he is doing okay.

If you or someone you know is struggling to deal with a life-changing diagnosis and requires support, please contact the EIC support team: This email address is being protected from spambots. You need JavaScript enabled to view it. or 0800 652 1618.