According to the World Health Organisation (WHO) nearly two-thirds of people with a known mental disorder don’t seek help from a health professional. Stigma, discrimination and neglect prevent care and treatment from reaching people with mental disorders. 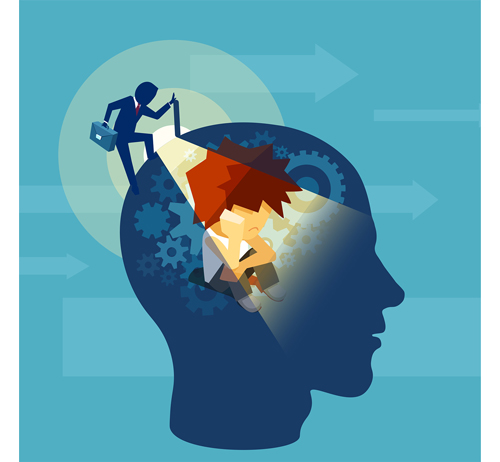 Mental health is one of the many areas in which the Electrical Industries Charity (EIC) can provide support through its Employee Assistance Programmes (EAP). Financial assistance and grants, counselling and providing medical support are just some of the ways the Charity can help a person going through a difficult period in their life.

Maintaining a feeling of independence was something that was very important to Howard Field, who was referred to EIC by Macmillan Cancer Support after serious health problems and extremely unpleasant living conditions made his life incredibly stressful.

In 2014 Howard developed cancer of the throat and mouth, resulting in the removal of his teeth and the partial removal of his jaw and tongue, which means he can only eat puréed food. Things got worse for Howard after he developed gout following his chemotherapy and radiotherapy treatment. A year later the cancer returned, and Howard underwent a further operation to remove more of his jaw. He has since been having MRI scans every six months in order to keep the cancer at bay.

When a person is suffering with a serious illness a comfortable home environment can play a big part in helping them feel more at ease with their circumstances. Unfortunately, Howard’s privately rented flat became infested with scabies mites in 2017, adding to his woes. His landlord paid for fumigation and a professional clean but the infestation meant that Howard had to get rid of all items that the scabies may have infested, including his bed, sofa, armchair, towels, clothes, carpets and rugs. Howard was left with just a wooden table and chair and an airbed to sleep on, while the rest of his belongings were taken away in a skip - a heart-breaking experience.

Replacing all of his furniture, along with purchasing his recommended food to maintain good nutrition was financially challenging for Howard, but he was determined to maintain some independence and therefore preferred to continue buying his own specially prepared meals, which cost £5 each, with his sister’s support. However, he could only afford one per day and had to make up the rest of his diet with soup, which affected his nutritional intake.

Howard had applied for Personal Independence Payment (PIP) but was advised that it would take months. The Charity provided an initial grant of £1,000 for the purchase of a sofa, armchair, rugs for his lounge and bedroom, and a few towels and clothes. EIC also partners with other charities, including Florence Nightingale Aid in Sickness Trust (FNAIST), which pledged £500 for a new bed, and Independence at Home (IAH), which donated £200 towards bed linen. Howard is still struggling to secure his PIP income, and EIC continues to support him with his application completion and provides £35 towards his specially delivered meals.

The Charity is now working with Howard to help him return to work in an adjusted capacity, potentially as a driver for an electrical wholesaler or tutoring. He is excited by both prospects.

Howard’s case is an example of how the Charity works to identify the most appropriate ways to offer support through its various EAPs and help people in the electrical sector who have fallen on hard times enjoy a bit more stability in their lives and give them some hope for the future.

If you would like to help families affected by cancer then sign up to become an EFP Partner and support the EIC.

Additionally, if you or someone you know has been affected by cancer and requires support, please contact the EIC support team: This email address is being protected from spambots. You need JavaScript enabled to view it.
or 0800 652 1618.